After being absorbed and entering the circulatory system, binding of drugs to plasma proteins is one of many factors that influences drug ADME. Binding of a drug to plasma protein reduces free drug available to penetrate from the blood circulation into tissues to reach the therapeutic target or the kidney for elimination since is generally accepted that the effect of a drug is related to the exposure of a patient to the unbound concentration of the drug at its action site rather than its total concentration. Drugs can bind to a variety of blood constituents being the most important two plasma proteins: human serum albumin (HSA) and alpha-1-acid glycoprotein. The interaction of a drug with plasma proteins is electrostatic, hydrophobic, satiable and reversible.

There are numerous methods available for measuring in vitro plasma protein binding including ultrafiltration, ultracentrifugation, equilibrium dialysis, high-performance frontal analysis, solid phase microextraction (SPME) and charcoal adsorption. AMSbiopharma employs Equilibrium dialysis which is the preferred method to determine the free drug fraction because it is less susceptible to experimental artefacts. 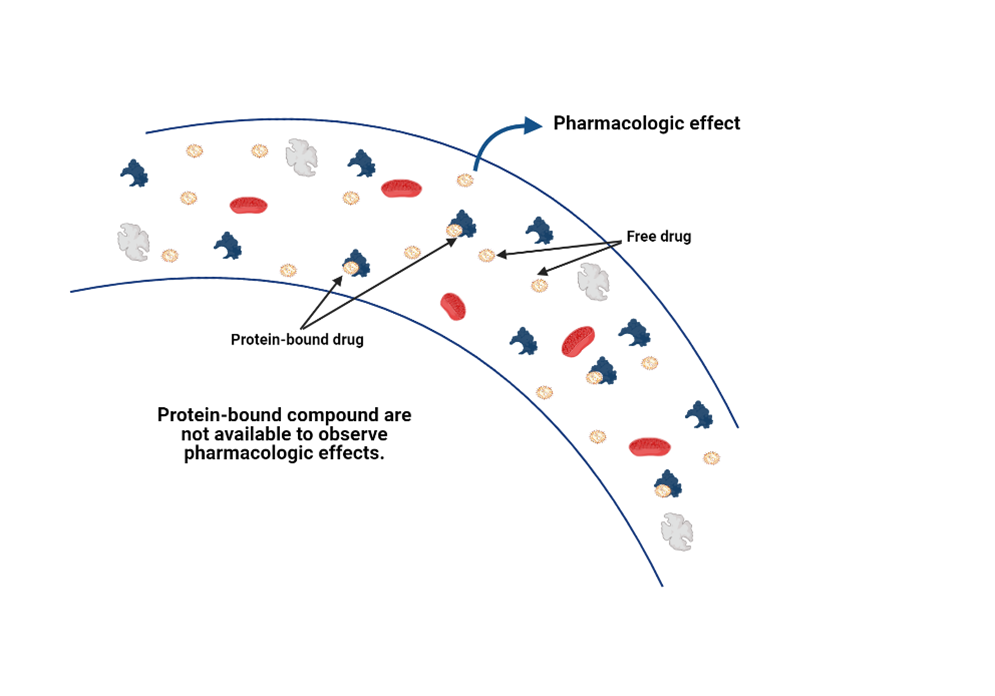