Certain primary sequence variations and PTMs present on mAbs, such as C-terminal lysine truncation, N-terminal pyroglutamate formation, sialylation present on N-glycosylation, and deamidation of asparagine or glutamine residues alter the isoelectric point (pI) of the molecule, resulting in the generation of a series of acidic and basic charge variants of the mAb.

Charge variant patterns, usually monitored using cation exchange chromatography, act as a fingerprint of the manufacturing process and deviations in peak areas or the appearance of new peaks require in depth characterization to ensure that no additional or undesired PTM has been introduced. 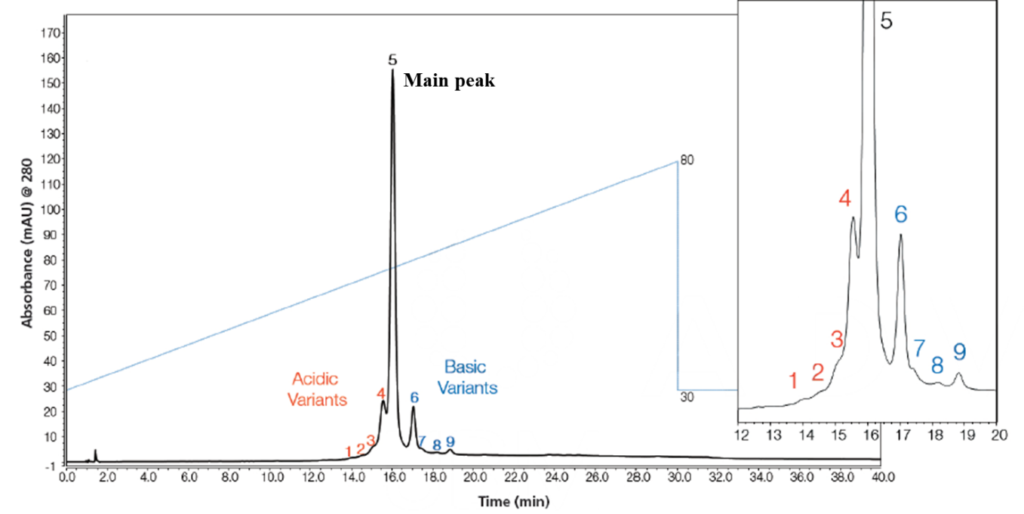 AMSbiopharma has developed a methodology for the charge variants analysis -based on the use of pH gradient elution using volatile, low ionic strength buffers with direct coupling to high-resolution mass spectrometry (HPLC-DAD-TOFMS). With this novel methodology it is possible the assignment of your antibody variants such as different glycosilation and C-terminal lysine forms on the intact level without the need for sample preparation.