Quality control at trace-levels of residual organic solvents potentially present in drug products is mandatory because completely removing it is not always achievable during industrial drug manufacturing.

Organic solvents used during chemical synthesis and drug manufacturing are categorized according to their known toxicological properties and specific limits are set, usually according to ICH Q3C guideline: Class 1 solvents are not allowed, while class 2 solvents have limited concentrations established. Class 3 solvents have low toxic potential, so are limited by GMP or equivalent requirements.

Head-space gas chromatography is the standard technique used, allowing a manageable and robust analysis of volatile solvents (EP 2.4.24 and USP 467) with reduced matrix interference. FID detection is helpful to easily quantify residual solvents, but mass spectroscopy (GC/MS) is our preferred approach since it is much more powerful, especially for confirmation and screening in new drug developments when the array of volatile impurities and solvents is a priori unknown and unidentified peaks might arise. Mass spectrometry allows to achieve lower detection limits for prohibited solvents (Class 1) as well as avoiding peaks on unknown volatiles coeluting with solvents.

We are also ready to develop customized Direct-Injection methods for specific APIs and drug-products for the most polar solvents of Class 2 out of the scope of USP 467 and EP 2.4.24 Head-Space injection  due to their higher vaporization temperature:  formamide, 2-ethoxyethanol, 2-methoxyethanol, ethylene glycol, N-methylpyrrolidone and sulfolane, or other solvents of Class 3 such as acetic acid or dimethylsulfoxide. 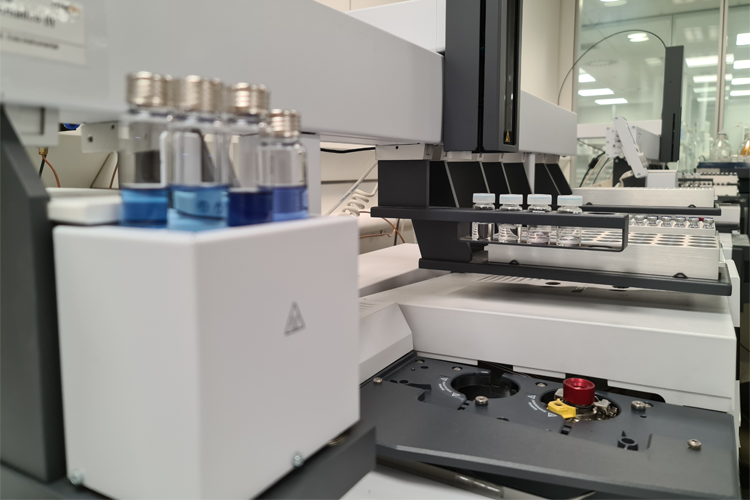 These cookies are necessary for the website to function properly. They are generally only set in response to your actions taken when requesting services, such as setting your privacy preferences, logging in, or filling out forms. They allow, for example, to control traffic and data communication, access restricted access parts, use security elements, store content to be able to broadcast videos or share content through social networks. You can configure your browser to block or alert about these cookies, but some areas of the site will not work. These cookies do not store any personally identifiable information.
Save & Accept